This series have never been introduced in the past. It plays an important rule in our daily lives. But due to our lack of general information about electromagnetic spectrum and the energy content of different colors, public have not paid attention to their benefits or harms. This series, hopefully, will familiarizes general public with this subject and increase the awareness of every one about the uses of different colors and their applications.

We have searched everywhere and found the following figure to present the electromagnetic energy spectrum [1]. Electromagnetic energy is everywhere around us. Some time it is considered as a wave as shown below and some time it is thought to be as particles. Regardless of its nature, it is the energy content, which we receive, hear, or see. Different waves have different energies as seen below. Blue color has higher energy but shorter period. 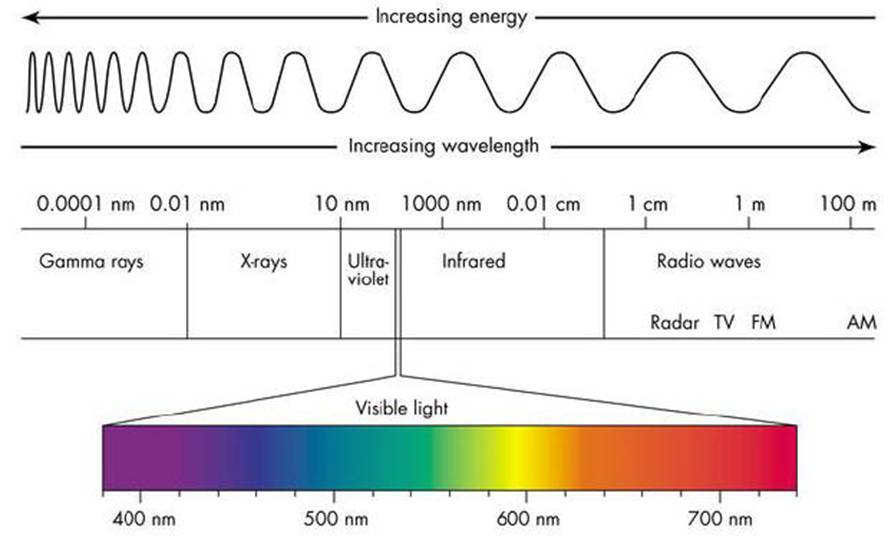 1.1. Spectrum regions – There are several regions in the spectrum each with different energy, different applications, and different mathematical analysis. X-rays is used in medical, surveillance, archaeology – infrared is used for heating, and radio wave is used for communication. All their analysis and applications can be described by two fundamental parameters as described below.

1.2.1. Wavelength- This parameter is easy to define and can be seen in Fig 1. It is defined as the length of one wave from start to stop point. Of course, as seen in the Fig. (1), it is getting longer and longer for different regions. Fig 2 is an illustration. This one wave has a length, called lambda, λ, which is equal to 2π, or T, as its period. Unit of lambda is in meter but the unit of T is in second, and frequency is the reciprocal of T, i.e. f=1/T called cycle/second or Hertz.

There is a relation between lambda and the period, given by:

c is the speed of electromagnetic wave or the speed of light equal to 300 x 108 cm/second. It is common to use f instead T, thus this equation becomes;

This is the most common form used by engineering communities.

1.2.2. Energy equation- This parameter is a relation between energy and the wavelength or the frequency and it is given by:

These two parameters equations (1a) and (2) will enable us to study and describe all the applications of different colors as followings. 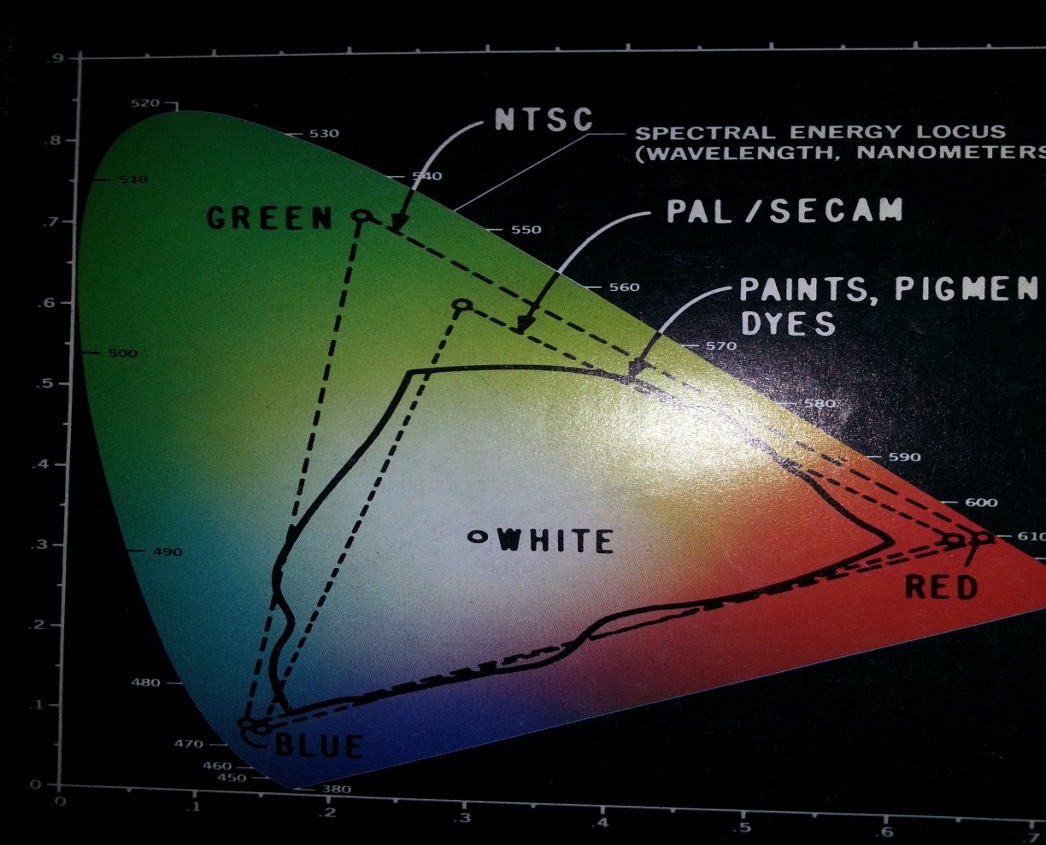 In color TV system the monitor is powdered with three different colors. Inside the monitor, there is a so-called picture tube, which has an electron gun to emit electrons. The monitor has also a high positive potential (about 10 kV-20 kV). Due to this high voltage, the emitted electrons from the electron gun will be accelerated, striking the screen, and a color corresponding to the energy of the electron will be illuminated. For example if the energy of the emitted electron matches the energy of the blue light region, blue color will be illuminated, and other colors will be visible depending on their energies. The intensity of color is controlled by three different but identical electronic circuits. If a color is missing or more stronger, then the corresponding circuit should be adjusted. It is a complex process; our intention is only to introduce the subject as related to color but not the detail of electronic technology. 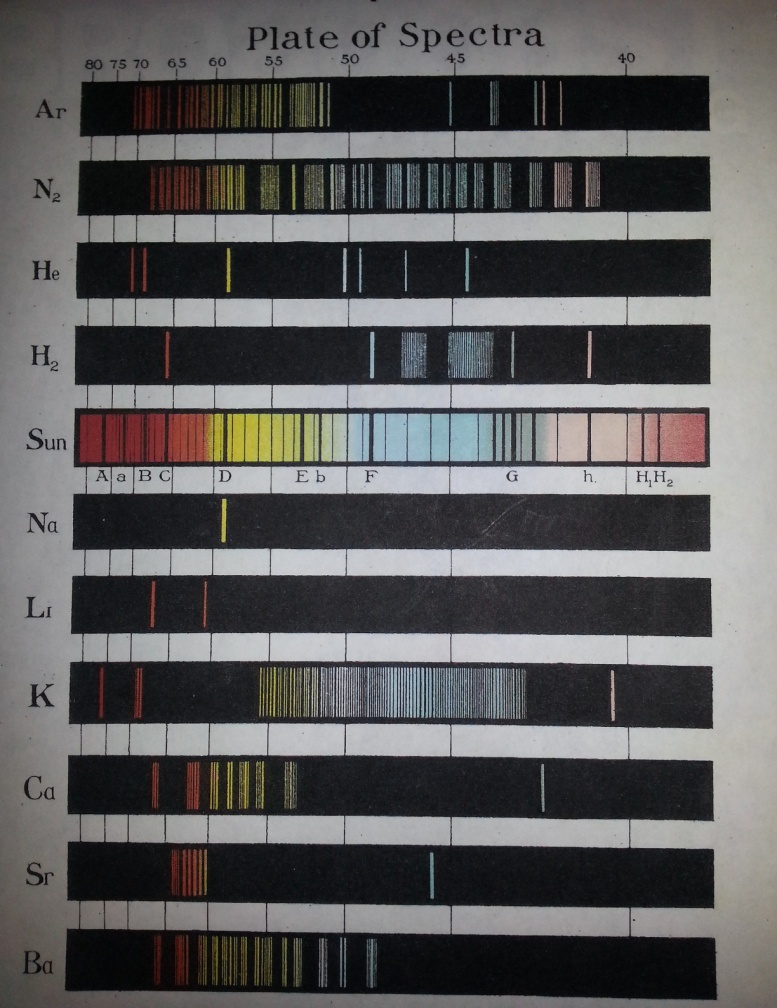 Fig.4 – Colors of some chemical elements

Each line in this chart represents the transition or excitation of the atom. Na has only one transition line or emission spectrum, thus in chemical analysis it can be identified very easily. On the other hand, hydrogen, H, has several emission spectrums six of which are shown separately in Fig.5, [4]. 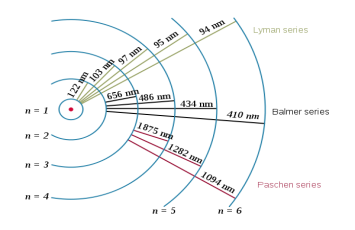 Color plate not only identifies the chemical element, its line also indicates the transitional frequency and the energy of the atom. For the hydrogen atom, the first three frequencies associated with the series are given by [5]:

Energies can be obtained by using equation (2) as E=hxf. This completes our discussion of color applications for chemical analysis.

Visible light regions covers very small portion of electromagnetic spectrum as seen in Fig. 1. This region extends from Ultra violet or blue color to infrared as shown in Fig 6. Each color has its own wavelength (energy) and applications. Fig 6(a) shows relative human eye response, note that blue color has shorter wavelength but higher energy. Fig 6(b) shows how white color can be resolved to visible lights using a prism. This section will characterize blue color – infrared. 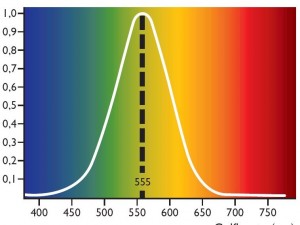 4.1. Blue Color: We have mentioned the energy content of blue color in the Electromagnetic Spectrum of this series. However, during last few years there have been several exciting applications of this color, so we decided to develop a separate section for this color. In fact it was the motivation of this color which we started this series. Some of these applications are beneficial, some are harmful. Following is an updated applications:

4.1.1. Water filter – Human body has about 70% of water. Water is necessity of life. Without it, life would be impossible. Thus, its quality should concern every one. Fig. 7(a) shows a blue compartment in which a water filter is inserted. The filter will trap the unwanted minerals such as lead or copper present in pipelines and the blue color will kill the bacteria due to its high energy content, thus resulting in healthier and better tasting water. It is recommended that leaving the container in front of sun for a few hours will double the bacteria killing effect. This is because sun also contains blue color as shown in Fig. 6(b), which can kill the bacteria.

4.1.2. Electric toothbrush cleaner – Shown in Fig. 7(b), this is another application of germ killing effect of blue color. Once the toothbrush placed in the holder and the box is closed, the blue color comes on for a few minutes and turns off afterward, thus killing the possible bacteria’s left in the toothbrush.

4.1.4. Hand Sanitizer – This pocket size hand sanitizer shown in Fig. 7(c) is similar to electric toothbrush holder. Blue light can safely remove hand bacteria upon brushing. This device can be used instead of liquid or wet Kleenex.

4.1.5. Soap holder – As mentioned for regular toothbrush, it is recommended that soap should be kept in the blued color container.

4.1.6. EPROM eraser – Electronic Programmable Read Only Memories are computer chips, which are programmed and keep data. These data can be erased and reprogrammed again using blue color. That is why they are called EPROM. However, the chip must be under blue color about 15 minutes, Fig.7(d).

4.1.7. Blue shirts – Blue shirts are excellent protection from the sun’s energy. They will trap blue color from damaging the skin. For this reason body should not be exposed to direct sunlight more the 15 minutes or so.

4.1.8. UV Sun Glasses – Same as blue shirts, these sunglasses trap blue or harmful UV light entering the retina. It is recommended to use sunglasses, which also has polarization. This will double the safety of eyes.

4.1.10. Security lights – Security use blue light due to their shorter wavelength, which can penetrate.

4.2. Green Color – As shown in Fig. 6(a) eye has greater response to green color that is why this color is used for traffic light. It is also standard to use it for limited parking areas.

4.3. Yellow – Orange Region – This region is used as a caution light. It is also used on pavement as a warning sign.

4.4. Red and Infrared Region – This color is meant to stop or traffic. It has longer wavelength so that it will travel longer distance to be seen by traffic. It also means instrument is in running condition and should not to be touched. 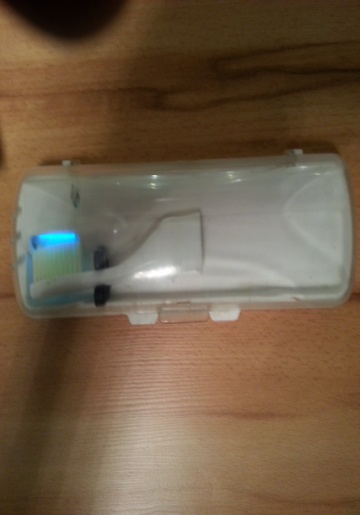 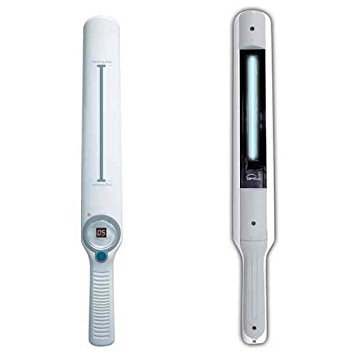 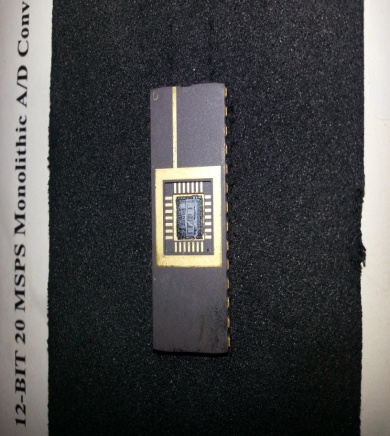 5. Non – visible Regions – Non – visible color regions covers Radio Wave, Microwave, Infrared, UV, X-rays, and Gamma rays as shown in Fig. (8) which is a duplicate of Fig.(1) with two axes showing the wavelength and corresponding frequencies. Each region has its own applications, as we are familiar with such as radio wave or X-rays. However, our concern in this part is Microwave and Infrared regions due to their major developments in the last few decades. 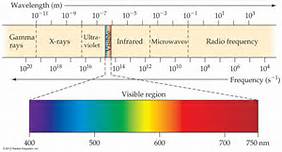 Power lines use 60 cycle/second as their frequency. Determine the wavelength.

Why X-ray is used for screening but not the microwave?

Recently Infrared is used extensively in the airports for human screening but not the X-ray, why?

How does the thermograph works?